When Smart Kids Do Dumb Things

Last Labor Day, a 15-year-old boy in Oregon was playing with fireworks. His friends recorded him tossing one into a canyon. The teens can be heard laughing in the background. But no one was laughing when that firework sparked a massive forest fire.

If you’ve been following this story than you already know that the teen plead guilty and issued an apology. The judge ordered the following:

As a middle school teacher and mother of four boys, that last consequence gives me a moderate panic attack. Why? Because I feel like you could insert ANY of my students’ names OR personal children’s names into that news story.

Just this morning my 11-year-old had a detention for throwing rocks. Is he aware that he shouldn’t throw rocks? Of course. With four boys in the house that’s been a daily/weekly/monthly conversation for YEARS. So why did he say he did it? “[shrugs] I don’t know. There were rocks. It seemed like it might be fun to throw them.” Why do smart kids do dumb things?

A lot of the lack of self-control, impulsiveness, and failure to consider the future is developmental. We know that the frontal cortex isn’t finished developing until well until the mid-twenties. And while that lack of fear served our ancestors well while they were hunting buffalo, it has created $36.6 million problems in the modern age.

We can’t speed up the development of the brain but that doesn’t mean that we can’t intentionally tackle the lack of critical thinking.

But how you ask?

We need to have kids practice looking at situations like the forest fire in Oregon and asking questions. Lots of questions.

This is real life. These types of situations automatically appeal to young people’s sense of fairness and injustice. They are automatically engaged in these types of situations. This moves our teens away from meaningless rule like “Don’t play with fireworks.” Into REAL analysis. These questions are engaging but they also push kids to a level of rigor used in the highest Court in the land. How should incidents like this impact public policy?

This is a strategy that can be used at home or in school. The more often you can pull real-life situations into learning the better. When kids become proficient in analyzing other people’s mistakes and consequences they start to pay closer attention to their own.

To purchase a lesson you can use in your classroom TODAY where students analyze this ruling click here.

To order a critical thinking assessment for your students or to learn how your school or organization can adopt thinkLaw’s standards-aligned program that helps educators teach critical thinking to all students, please click here to schedule a time to speak with someone on the thinkLaw team or call us now at (702) 318-7512. Join us on our next webinar: Thinking Like a Lawyer: Powerful Strategies to Teach Critical Thinking to All Students 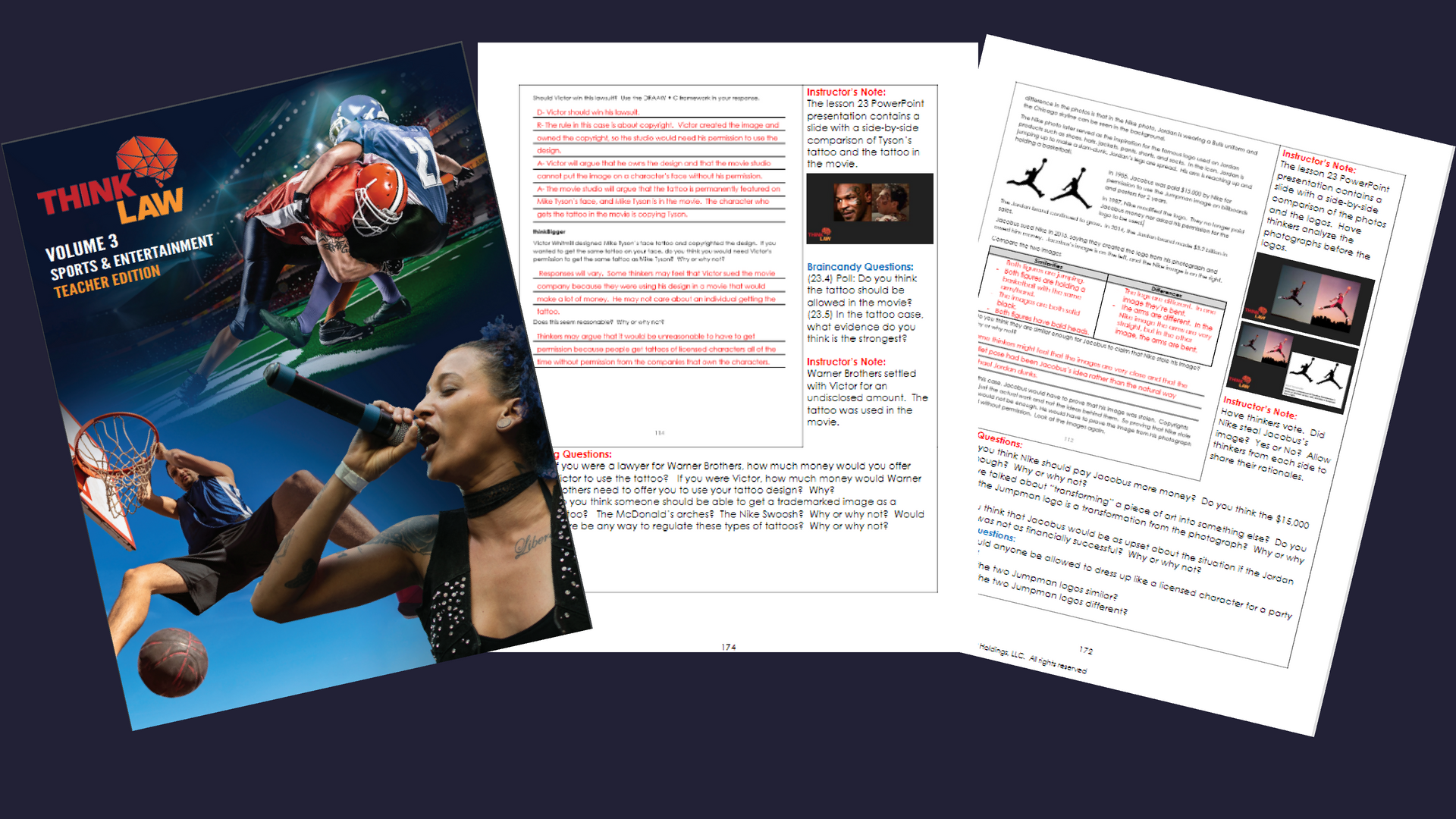